Drum lessons for all ages in Ventura

I have been giving drum lessons here in Ventura, CA for close to 20 years now and have many success stories to share. Many of my students who started lessons with me have gone on to not only form their own bands but a few have even landed gigs as pro drummers! Aside from that, I want to share a bit about my lesson program. Initially, each student (regardless of ability level) is given basic instruction in the following;

Because each person learns at different speeds and levels, I customize drum lessons for each individual. Focusing on their specific areas of drumming interest…

Out On The Tiles, A Celebration Of John Henry Bonham

33 years ago today we lost a man who singlehandedly revolutionized not only drumming, but modern music as a whole. This man combined extreme power, finesse, musicality, and dynamics to create something not just close to impossible to replicate, but something that has inspired drummers to try for decades. This man’s influence over the modern drummer’s approach to the kit is so far-reaching that you can’t even listen to a Taylor Swift record without hearing something he inspired. This man’s name is John Henry Bonham, the drummer of Led Zeppelin, and he is arguably the greatest drummer of all time.

Although this post falls on the anniversary of Bonham’s death, the main focus is to celebrate his life, as well as his influence that still lives on today in almost every record that has drums on it. Part of Bonham’s greatness lies in the fact that he was not only a drummer, but a songwriter, a musician, and a man who was more passionate about his instrument than most of us are about breathing. The intro of “Good Times, Bad Times” is a perfect example of this. Bonham was acutely aware of song structure, and although he obviously could’ve gone crazy on that intro, he didn’t. He added something new every bar, he built tension and anticipation, and when he released into the song it was awe inspiring. Another very important aspect of Bonham’s playing is also evident in “Good Times, Bad Times” which is the space he left for John Paul Jones (Zep’s bassist if you didn’t know)to fill. The two worked tightly together on every Zeppelin tune to create what is most likely the most solid foundation for a musical group that has ever been laid down.

The power and control Bonzo had over the drum kit was phenomenal, but overwhelming for some. In fact he was told by Zella Studios’ engineer Johnny Haynes that he was “unrecordable” because of how loud and bombastic his playing was. But it was this that set him apart from other drummers, allowing him to fully and freely express himself and all of his influences. Bonham could bring together grooves from Clyde Stubblefield, Buddy Rich, and Earl Palmer all in one song and still create something completely original and new, something that most drummers still have trouble with today.

There is so much more to be said about John Bonham, and we here at Ventura Drum School are huge fans, so expect to hear it, but today is about celebrating his life, not breaking down “Fool In The Rain” note by note (look for that soon). So go listen to some Zeppelin, go play your drums, and most importantly, be grateful that this planet was ever walked upon by Bonham, especially his right foot. 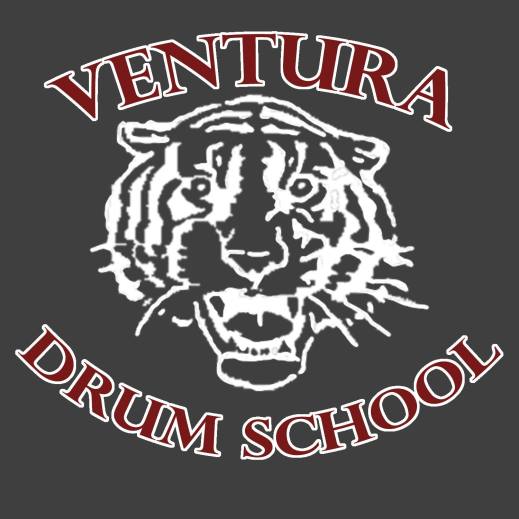 Looking for drum lessons in Ventura County? Well look no further! Ventura Drum School provides the highest quality drum instruction in Ventura at a price you can afford. Whether you’re a beginner, intermediate, or advanced player, Ventura Drum School will provide you with the tools and guidance to take your drumming to the next step. We cover rudiments, grips and stick control, basics of rhythm and polyrhythm, song structure, playing for the song, essential grooves, fills, and so much more! Give us a call today at (805)351-DRMR and ask about your FREE drum lesson!

Growing up in a musical household, I was exposed at a young age to my dad’s amazing jazz record collection, and my mom’s early rock ‘n’ roll collection, as well as the contemporary(now classic) soft rock I heard on the radio. These were great things that helped mold me into the player I am today, but right as I entered my teens around ’75 that all changed. I can’t recall the details, but that was when a copy of KISS “Alive!” came into my possession. From the moment I gazed upon that amazing cover photo, I was hooked.

KISS seemed to have every cinematic element I loved (horror movies, pyrotechnics, costumes, smoke, magic, makeup, etc) and was looking for in a band, and I felt as though this was MY music for MY generation. But what caught me the most was the one and only Peter Criss, immortalized with his sticks in the air, ready to pounce on his beautiful Pearl kit. Peter’s playing covered all of the bases, from shuffles, big band jazz chops, the heaviness of drummers like Black Sabbath’s Bill Ward, and the straight forward feel of Ringo. So with today being the anniversary of “Alive!”, I wanted to share 3 songs from the album that I personally think showcase all of his talent and influences. Hope you enjoy!

For most of my drumming life I’ve been hugely inspired by John Bonham. From the first time I heard Led Zeppelin, I was captivated by the power and finesse of his playing, and more importantly the sound of his drums and cymbals (which we’ll get to another time). Naturally, part of the sound is a result of Jimmy Page’s production, and we must remember that the largest contributor to the sound was his personal style. We cannot, however, overlook the importance of the drum sizes and that classic Ludwig sound.

For many years I’ve used a variety of drum sets (DW, Gretsch, PorkPie, Slingerland, etc) and I’ve always pursued that classic, wide-open, non-muffled drum sound, a la Art Blakey, Ian Paice, Earl Palmer, and of course Bonzo. And while I’ve always been able to make my kits sound great, and received many compliments from sound engineers both live and in studio, I always felt as though it was not quite the sound I was after.

So I finally got myself a custom Ludwig Classic Maple kit, built to Bonham’s specs, in beautiful Champagne Sparkle finish (sounds classy huh?) It should be noted that Buddy Rich and Gene Krupa, who were both major influences on Bonham, used these sizes:

I already own a beautiful Ludwig Blue Olive Badge Super Sensitive Symphonic Snare that I use with this kit, as well as various other snares. All lugs are classic Ludwig style, and I opted for the larger Keystone Badges, as well as newer keystone mounts for the mounted tom and floor tom legs(w/collar locks).

Right out of the box these drums sound amazing. They were already tuned in the way that I prefer with nice coated heads. The only change I made was one felt strip on the inside of both the batter and resonant bass drum heads. I noticed when I removed the bass drum head, I was able to take a look at how pristine the bearing edge was and the attention to detail that Ludwig puts into their manufacturing. The external heavy duty spurs on the bass drum give it the added support and keep it in place while still retaining a nice classic look, as does the updated heavy duty rail consolette mount for the mounted tom.

I opted for an internal muffler system for all three toms, as this is a classic option. And while I removed the mechanism from the mounted tom, I left it in place on both floor toms. Although these are very large drums and would be well at home in a loud hard rock/heavy metal setting, the real beauty of this kit is the consistent tonal range of each piece. 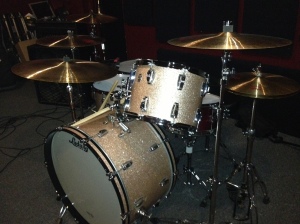 Overall, it is such a joy to move around this kit. Every time I sit behind it I get to hear the same sound I heard as a kid on those Led Zeppelin records, and that makes it worth 10 times the investment. I would highly recommend this kit to any drummer looking to get a classic sound.

A quick introduction to Ventura Drum School’s program, some of the benefits of drumming, and what you need to get started learning. Check it out!

Hey there! Just wanted to share with all of you about a recent unfortunate situation that turned into a very positive experience!
I’m a working drummer so having my gear ready to go all the time is very important to me.
As I was setting up one of my drum kits for a rehearsal, I pulled out my DW9000 bass drum pedal (older design but still under factory warranty) and proceeded to attach the beater rod when I noticed a small crack in the cam casing. Uh oh! As I attempted to tighten the 2 side mounted set screws on the the cam, the casing broke in half!! I was momentarily devastated! My favorite pedal (i do have some back-up pedals like my trusty old Tama Iron Cobra but…) was now rendered completely useless! Thankfully, not only is the DW factory located close to me in Camarillo CA, but over the years I have had the good fortune & pleasure of getting to know many members of the family there!
I put in a call to Rob Dean (Customer Service Mgr) and, knowing how busy he is, and, that he might not have time to call me back, I decided to just take the drive out and see what they might be able to do to help me. Well, before I could even get there, I got a call back from Mark Chavez in customer service! He had already been made aware of my situation and let me know they were ready to take care of me! Within minutes of receiving his message we arrived. Mark came out to meet us, was super friendly & professional and after taking a look at my pedal, explained that DW had seen this problem before and had changed the position if the set screw on the newer cams (and, have a single set screw vs. 2). He then told me they would do their best to get it fixed for me the SAME DAY!! Wow!! I wasn’t expecting that! Not only did they get it fixed within a couple of hours, but, Mark actually called me back the minute it was done to let me know!! Can’t say enough how awesome this was! Thank you Mark! It’s people like you and, a great company like DW that make all the difference for us working drummers!

Thanks for visiting the Ventura Drum School blog! Here I’ll discuss drumming technique, post video drum lessons, write about drumming experiences I’ve had, and share my love of drumming with you.